With its ribald chorus of ithyphallic, half-man / half-horse creatures, satyr drama was a peculiar part of the Athenian 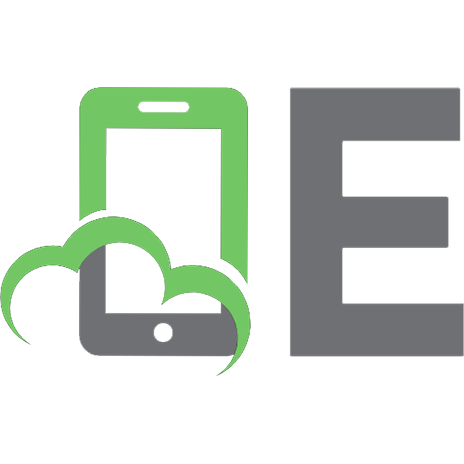 The theme of Euripides' Alcestis blends the primitive folk-tale of the self-sacrificing bride, Alcestis, and of Her

This is a commentary on Bacchae. It takes account of the great amount written on the play since then as well as the disc

Text with facing translation, commentary and notes. (Aris and Phillips 1988)

Among the legends of ancient Greece, there is perhaps no story more compelling than that of Helen. Her surpassing beauty

A history of children's play and play environments: toward a contemporary child-saving movement 9780415806206

Chosen as one of the ten canonical plays by Euripides during the Hellenistic period in Greece, Hecuba was popular throug

BLOOMSBURY ACADEMIC Bloomsbury Publishing Plc 50 Bedford Square, London, WC1B 3DP, UK 1385 Broadway, New York, NY 10018, USA BLOOMSBURY, BLOOMSBURY ACADEMIC and the Diana logo are trademarks of Bloomsbury Publishing Plc First published 2018 Paperback edition ﬁrst published 2019 Copyright © Carl A. Shaw, 2018 Carl A. Shaw has asserted his right under the Copyright, Designs and Patents Act, 1988, to be identiﬁed as Author of this work. Cover design: Terry Woodley Cover image © akg-images/Erich Lessing All rights reserved. No part of this publication may be reproduced or transmitted in any form or by any means, electronic or mechanical, including photocopying, recording, or any information storage or retrieval system, without prior permission in writing from the publishers. Bloomsbury Publishing Plc does not have any control over, or responsibility for, any third-party websites referred to or in this book. All internet addresses given in this book were correct at the time of going to press. The author and publisher regret any inconvenience caused if addresses have changed or sites have ceased to exist, but can accept no responsibility for any such changes. A catalogue record for this book is available from the British Library. Library of Congress Cataloging-in-Publication Data Names: Shaw, Carl A., author. Title: Euripides, Cyclops : a satyr play / Carl A. Shaw. Other titles: Companions to Greek and Roman tragedy. Description: London ; New York : Bloomsbury Academic, 2018. | Series: Companions to Greek and Roman tragedy | Includes bibliographical references and index. Identiﬁers: LCCN 2017045517 | ISBN 9781474245791 (hb) | ISBN 9781474245814 (epub) Subjects: LCSH: Euripides. Cyclops. | Greek drama (Satyr play)–History and criticism. | Cyclopes (Greek mythology) in literature. Classiﬁcation: LCC PA3973.C9 S53 2018 | DDC 882/.01–dc23 LC record available at https://lccn.loc.gov/2017045517 ISBN: HB: 978-1-4742-4579-1 PB: 978-1-4742-4580-7 ePDF: 978-1-4742-4582-1 ePub: 978-1-4742-4581-4 Typeset by Integra Software Services Pvt. Ltd. To ﬁnd out more about our authors and books visit www.bloomsbury.com and sign up for our newsletters.

For Amber and Elia

The Cyclops and Satyr Drama Viewing the Play: Plot and Performance Themes, Issues, and Functions Euripides’ Cyclops in Its Literary Context

Preface Although I have spent the last decade working on satyr drama, I always preferred the fragments of satyr plays to the Cyclops. A few years ago, I probably would even have traded Euripides’ satyr play for any of Sophocles’ or Aeschylus’ lost satyric productions. But after spending a year with the Cyclops, analysing it and thinking about it, I truly believe what I wrote in this book’s final paragraph: ‘Euripides’ Cyclops thrives under the burden of being its genre’s only extant representative.’ The play may lack some of the spectacular performative elements that appeared in other fifth- and fourth-century satyr plays, but it is much more sophisticated than it appears. At nearly every turn, Euripides presents a nuanced and playful reference to the theatre, satyr drama, religion, history, philosophy, or mythology. I am convinced that there is still much more to learn about the play. Many people assisted in various ways during the process of writing this book. I owe thanks to the series editor, Tom Harrison, for trusting me to write about a satyr play in a series on Greek and Roman Tragedy. The team at Bloomsbury has been very helpful throughout the process, especially Alice Wright, Lucy Carroll, and Clara Herberg. I particularly appreciate the constructive and thoughtful criticism of the Bloomsbury readers. David Rohrbacher worked through the entire manuscript at a critical time and made numerous valuable suggestions, both at the small and large scale. Tricia Chua, Evan Giomi, Bill Kingdon, Tyler Kirby, and Dirk Warner were kind enough to read the Cyclops with me in our Advanced Greek class. The funding I received from the Loeb Classical Library Fellowship and the National Endowment for the Humanities (although granted for a separate project) was instrumental in helping me formulate much of this book. The Humanities Division at New College of Florida kindly

covered costs for images. And my family and friends were, as always, indispensable throughout the entire process. Amber and Elia, in particular, were my inspiration.