Why, if a loving God exists, are there reasonable nonbelievers, people who fail to believe in God but through no fault o

Holiness is the attribute most emphatically ascribed to God in Scripture, but there has been little attention devoted to

The will and decree of Allah: Is this a matter which is directly relevant to the day-to-day life of the Muslim, or is it

Warm Salads Are Always A Good Choice!: They Will Also Warm Up Your Heart!

You can concoct so many warm salads for your loved ones. You could make a different one every day of the years. In this 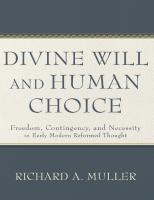